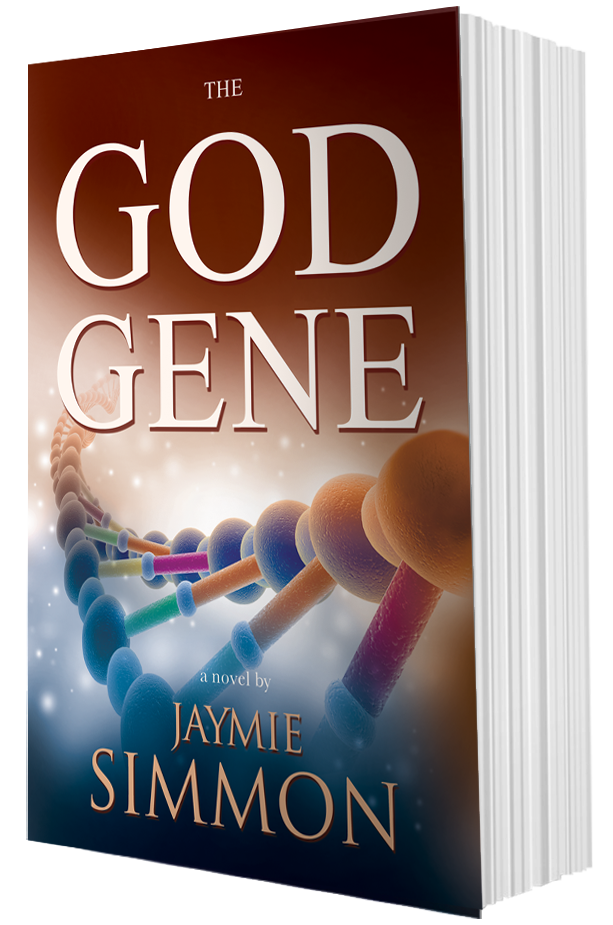 Her five-year-old daughter died of leukemia. Now, renowned scientist Rosalind Evans is nearing the completion of a major research project to develop a breakthrough leukemia treatment. But instead of revealing the information she seeks, the genetic code spells out something bizarre: The Ten Commandments. Her data has been tampered with, but by whom? Propelled by grief and faced with losing her life’s work, Evans launches an investigation. But the story of her discovery is leaked to a popular blog and goes viral. When the world wakes up to the news that there is a message from God in their DNA, all hell breaks loose. Is it a hoax? A miracle? The end of times? The Vatican denounces Evans and her discovery as blasphemous. A TV evangelist proclaims her a saint. Powerful politicians take sides on the meaning and veracity of the God Gene. With the media fanning the flames, Rosalind Evans finds herself the focus of an absurd conspiracy at the highest levels of the scientific, political, and religious establishments. The ensuing chaos and irrationality contrast with the very real heartache and spiritual longing Evans is suffering in her personal life. She must battle for her for her scientific integrity, her faith, and ultimately her life in this fast-paced satirical thriller.

Praise for The God Gene

“A captivating story… blending the dark world of cyber espionage with humor. A brilliant job marrying technical specifics with a story line that keeps you coming back for more.”

“The humor here runs the gamut from laugh-out-loud to dark.”

“A great ride! Characters were wonderfully deep and layered. A thin line between a bad character vs. a good one. Very lifelike that we all have fears and flaws. Looking forward to our book club discussion next week.”

“The premise of the book is breathtaking.“

“Brilliant social satire…part science fiction…part religious miracle. Riveting, and the many twists and surprises keep you turning the pages. But even better than the plot are the many fascinating characters.”

Author of Playing With the Enemy and The Final Service

“Amazing story! The author tackled the dichotomy of faith vs science impeccably, wrapped it into a fast-paced story line with extremely well-developed characters, and sprinkled a perfectly-sized dash of calling out much of what ails society today, namely twisted politics and media overload… A stunning accomplishment, and I can’t wait to see what comes next from the author!“

“Wasn’t able to put it down! Outstanding! The characters are so vivid, it reads more like a movie. The idea of whether or not God has placed a message inside our DNA reminded me of the classic movie Contact (with Jodie Foster). If you enjoy “What would happen if…?” scenarios, and seeing how the thought-provoking reactions to the scenario play out, I highly recommend this book. It WILL make you think!”

“I would highly recommend The God Gene. Fully developed characters. Interesting plot line. Very relevant to our times and its spiritual and moral ambiguity.”

Chairman of the Board, Chicago Area Great Books Council

“Compelling! A page turner that pays off, and an astute allegory for the moral confusion of our times.”

Author of Break On Through: The Life & Death of Jim Morrison and Stone: The Controversies, Excesses, and Exploits of a Radical Filmmaker